97% Financing with down payments as low as 3%

You’ve Served the USA, now let us serve YOU!

Urban Institute recently released a report entitled, “Barriers to Accessing Homeownership: Down Payment, Credit, and Affordability,” which revealed that,

Buyers often overestimate the down payment funds needed to qualify for a home loan. According to the same report:

“Most potential homebuyers are largely unaware that there are low-down payment and no-down payment assistance programs available at the local, state, and federal levels to help eligible borrowers secure an affordable down payment.”

These numbers do not differ much between non-owners and homeowners. For example, “30% of homeowners and 39% of renters believe that you need more than 20 percent for a down payment.”

While many believe that they need at least 20% down to buy their dream homes, they do not realize that there are programs available which allow them to put down as little as 3%. Many renters may actually be able to enter the housing market sooner than they ever imagined with programs that have emerged allowing less cash out of pocket.

Similar to the down payment, many either don’t know or are misinformed about what FICO® score is necessary to qualify.

Many Americans believe a ‘good’ credit score is 780 or higher. 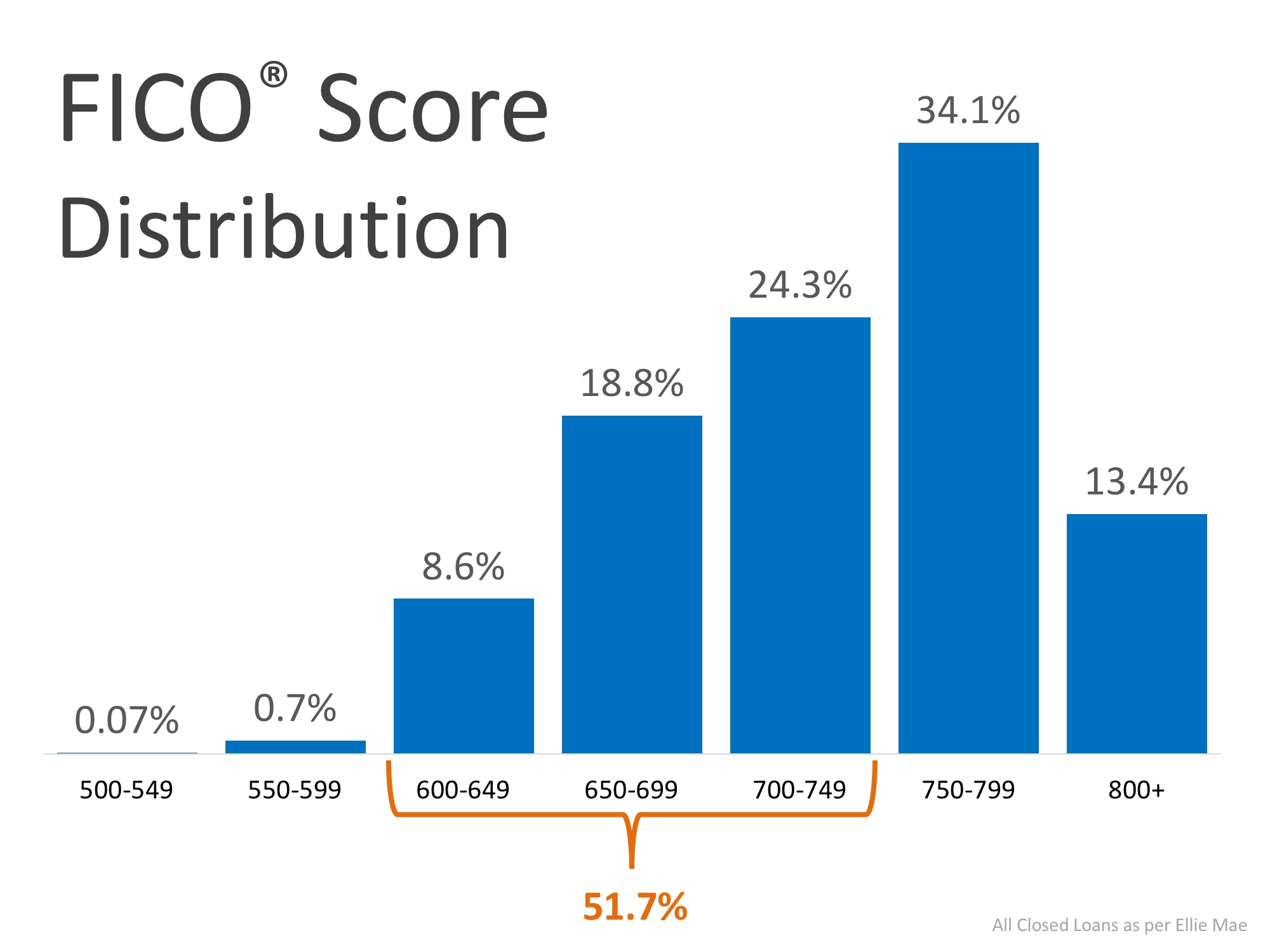 Whether buying your first home or moving up to your dream home, knowing your options will make the mortgage process easier. Your dream home may already be within your reach.

Renovation Financing
Create the home of your dreams by considering more property options.

Mark Barrett, Asheville Citizen Times
There are six proposed amendments to the North Carolina Constitution on the ballot this fall. One deals with voter ID requirements. Here are summaries of the five other constitutional amendments North Carolinians are being asked to vote for or against in the Nov. 6 election.

There are six proposed amendments to the North Carolina Constitution on the ballot this fall. One deals with voter ID requirements. Here are summaries of the five other constitutional amendments North Carolinians are being asked to vote for or against in the Nov. 6 election.

What the ballot says: “Constitutional amendment protecting the right of the people to hunt, fish, and harvest wildlife.”

Supporters say: The percentage of the United States population that hunts or fishes has declined and both practices have received more criticism in recent years. Proponents say the amendment would keep anti-hunting or anti-fishing sentiment from resulting in unreasonable laws restricting the practices in the future.

Opponents say: There have been few, if any, legislative threats to either practice and the amendment is unnecessary. They say the state Constitution should speak to more fundamental topics, not details the General Assembly can handle, and the amendment is just an attempt to increase Republican turnout.

What the ballot says: “Constitutional amendment to strengthen protections for victims of crime; to establish certain absolute basic rights for victims; and to ensure the enforcement of these rights.”

Background: The state Constitution already gives victims of serious crimes rights, including the right to be informed of and be present at court proceedings, to be heard at sentencing of the accused, to receive restitution, to confer with the prosecutor and for information about the outcome of a case or the escape or release of an offender.

The amendment would expand those rights to apply to all crimes against the victim personally and all felony property crimes and would include crimes committed by juveniles. It would also clarify existing law in some cases to say the justice system must make reasonable efforts to uphold victims’ rights and that the legislature must provide a procedure whereby victims may assert their rights. Victims would still not have the ability to challenge verdicts or sentences of those convicted.

Supporters say: Some prosecutors do a good job of informing victims of the progress or a case and some do not. They say the changes will improve the chances that victims will be told of hearings or a prisoner’s status after conviction. They also note that, unlike the other amendments on the ballot, this amendment was placed on the ballot with support from wide majorities of both Democrats and Republicans in the legislature.

Opponents say: The law would slow down court proceedings and make them more expensive and victims’ rights already listed in the Constitution are sufficient. One state agency estimated the annual cost of implementation at $30.5 million a year. Legislative staffers said it would be $11.2 million a year but there are some indirect costs it could not estimate. There are also concerns that it is not known how the legislature would implement the law.

What the ballot says: “Constitutional amendment to reduce the income tax rate in North Carolina to a maximum allowable rate of seven percent (7%).”

Background: The personal income tax rate is currently 5.499 percent, so passage of the referendum would not lower anyone’s taxes today. It would prevent the state from making the tax rate higher than 7 percent. The limit now in the Constitution is 10 percent.

Supporters say: State government has been able to operate well with a lower rate and lowering the cap on the rate would keep the General Assembly from overtaxing in the future.

Opponents say: The cap would increase the chances the state will continue to under-fund education and give it less flexibility to fund state government in times of disaster or recession.

What the ballot says: “Constitutional amendment to change the process for filling judicial vacancies from a process in which the Governor has sole appointment power …”

Background: When a judge’s job becomes vacant today, the governor has the sole power to appoint someone to serve out the judge’s unexpired term in office. The amendment calls instead for the governor, legislature and chief justice of the state Supreme Court to appoint a commission to evaluate nominees without considering party affiliation. Then the legislature would recommend at least two of the nominees to the governor, who would have to pick one of the nominees to serve out the term or let the legislature choose one. In some cases, the chief justice would pick a temporary judge.

Supporters say: Governors have too few restraints on their ability to pick judges and sometimes have put political cronies on the bench. They say the change would reduce political considerations in choosing judges and improve the quality of the judiciary.

Opponents say: The measure is yet another step to transfer power from the governor  to the legislature. They say the process would still be political and would require candidates to lobby legislators whose laws they would have to one day rule on.

What the ballot says: “Constitutional amendment to establish an eight-member Bipartisan Board of Ethics and Elections Enforcement in the Constitution to administer ethics and elections law.”

Background: Today, each major political party nominates six members to the board that runs elections and handles ethics issues involving state officials. The governor chooses four members from the six nominees. The eight people chosen nominate two unaffiliated voters and the governor picks one to serve on the nine-member board.

The amendment would have the General Assembly choose eight members, four from each political party.

Supporters say: The governor has too much power over the electoral process and dividing the board’s membership equally between the parties would require the board to come up with bipartisan decisions.

Opponents say: The change is another power grab by the legislature, would leave the board hopelessly deadlocked and cuts out unaffiliated voters. The result, they say, would be weaker enforcement of election and ethics law.

Look for more coverage of the proposed constitutional amendments in future editions of the Citizen Times and at CITIZEN-TIMES.com.

Have a great weekend!

Shows like “Love it or List it,” “House Hunters,” “Flip or Flop” and others make it look incredibly simple. Even when they face adversity such as rotted wood or bad pipes, the way the reality TV stars overcome adversity is more of an inspiration than a deterrent. And plenty of everyday people do manage to succeed in the house-flipping industry.

But many of the myths these ratings-driven shows perpetuate could use a little busting.

Consider these four common house-flipping myths and the true facts behind them.

1: Three Viewings And A Closing

Reality TV shows tend to show viewers the industry professional looking at no more than three homes before making a flipping decision. That may play into the limited time slot they have but it’s far removed from reality.

True Facts: It’s not uncommon for potential home buyers to fall head over heels for the first property they view. After all, buyers often already like the neighborhood, school system, and home style. But the National Association of Realtors reports that the average person looks at about 10 properties before making a decision. Home flippers are additionally tasked with developing a return on investment plan. Three and done is not reality, it’s just TV.

2: Homes Linger On The Market

TV shows follow home flippers who seem to have all the time in the world before making an offer.

True Facts: Most of the purchase and sale process is simply staged for television. The homes have been pre-purchased before filming. Today, we are experiencing a seller’s market, meaning there are more buyers than inventory. Homes move quickly.

3: Open Houses Are A Sure Thing

True Facts: Only in a perfect world or on TV does this happen. Matching properties with potential buyers requires hard work from real estate agents. They must align purchase limits, pre-approved house shoppers, family size, school systems, location, and other expectations. Most homes are sold by real estate professionals setting up appointments and making multiple showings.

On real estate reality TV, homeowners seem to take just moments to decide whether to love it or list it. This certainly doesn’t mirror the process of ordinary homeowners.

True Facts: Homeowners sell their properties for a wide range of reasons. These may include downsizing, retirement, relocation or an expanding family among many considerations. The vast majority of people mulling over a sale also take a long look at their next home options. It’s completely unrealistic to think someone made such a major life decision in five minutes or less.

Reality real estate TV shows are wonderfully entertaining to watch. So is science fiction. Enjoy your binge-watching and speak to real-life mortgage and real estate professionals before making any major decisions.

Analysts estimated a shortage of approximately four million homes; which accentuates demand and drives prices up. In recent years, builders have concentrated on higher-end homes, but analysts said that a shift to building super-affordable homes may be in the works. High home prices and ever-increasing rents are squeezing moderate-income families; providing more affordable housing options could lessen demand and help home price growth to normalize.

The National Unemployment Rate fell to 3.70 percent in September, which was the lowest reading in nearly 49 years.